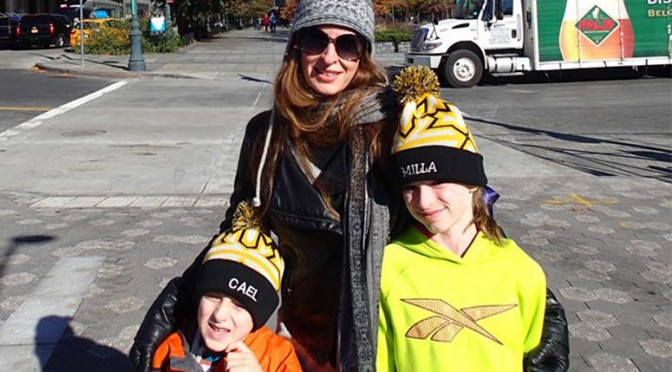 Why did you want to join the USC Newcomers’ Club?
My husband insisted that since I wasn’t working I needed to get my a$$ out of the house and meet people. I tend to obsessively clean if I don’t have  activities or projects. It’s a problem!

Where did you recently move from?
We moved from Northern California near Sacramento where we lived for almost eight years. El Dorado Hills, specifically. It is near the base of the Sierras close to Lake Tahoe, Napa, Sonoma, San Francisco, etc. We had rattlesnakes, coyotes, wild turkeys, voles and brown recluse spiders as well as wildfires and recurring drought conditions. It had its plusses and minuses.

Where did you grow up?
I was raised in San Antonio, Texas (I miss you, TX!),  but I’ve lived in Washington, DC; Alabama; North Carolina and now NoCal  & Pittsburgh.

Where did you go to college and what did you study?
I graduated from Virginia Tech in the beautiful little mountain town of Blacksburg in Southern VA. Go Hokies! My husband and I were in the same major: Human Nutrition, Foods & Exercise. I went to class and he didn’t. Naturally, I used my degree for exactly one job and have worked in entirely unrelated fields ever since. I also dabbled in Business, Marketing, Biology & Literature with internships and odd jobs here and there. Took a LOOOONG time to finish but I wouldn’t change a thing.

What do you do for your day job?
I’ve been home with my children since I moved here almost two years ago. I was previously an account manager for a pharmacy benefit management company called EnvisionRx. I really enjoyed it and am in discussions to return to work in the same capacity soon. Fingers crossed!

Do you have any kids? If so what are their names and ages?
My daughter’s name is Milla (after Milla Jovovich, singer/model/actress) and she will be ten in October! My son’s name is Cael (after Cael Sanderson Olympic gold medal wrestler and now coach at Pitt, I believe) and he is turning seven soon. We are teased about being the weird name family wherever we move. I find myself explaining and repeating our names without prompting at this point.

Do you have any pets?
I have a cat named Smokey & a dog named Bebe. Both named after characters. Can anyone name which ones?

What do you like to do for fun?
I am a student of karate and self defense. I consider that fun.  I also love zumba, weight lifting, reading, movies, live music and playing with the kids. I hate to run, so no, I will not join any of your marathon efforts. If you’ve ever run cross-country track in TX you know where I am coming from.

What books on your shelf are begging to be read?
I had to re-read To Kill A Mockingbird so that I could read the recovered next book, Go Set A Watchman. So far, so good. I also have a copy of A Brief History of Time by Stephen Hawking that I’ve just started. I have something about an old man, a witch and a comedic menopause story that are on deck. I seem to have trouble taking it one book at a time.  Not sure when I’m getting all this reading done with so much to clean and so little time?!?!

What’s the biggest goal you are working on now?
My biggest goal is going to be getting back to a healthy work/home/parent balance. I’m a little rusty and I have a tendency to overcommit. I’m a perpetual volunteer. The second biggest goal is becoming the best Newcomers VP ever! Suggestions are welcome.

What upcoming Newcomers’ event are you looking forward to attending?
Book Club is always a good time… but I am very excited about our kick-off night at Al’s in Sept AND tailgating for my first-ever USC High School football game. I am sure the kids will enjoy it immensely.

What other things do you want your fellow newcomers to know about yourself?
I once won a hula hoop contest. It was a major award. Not really, but you know. Oh, and I love Pittsburgh!