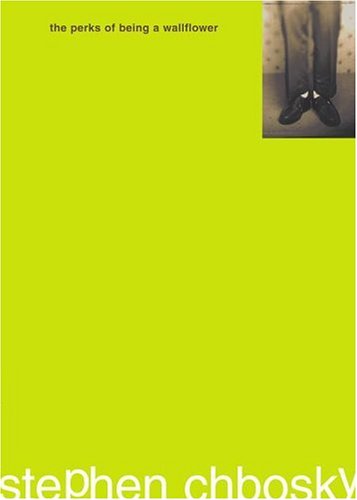 The book group will continue to meet at 7:00 pm for snack & chat. The review starts at 7:30. Members are welcome to bring wine, beer and/or a snack. Soft drinks will be provided by the hostess. The club is open to everyone. Another member will review the book, highlighting information about the author, as well as any other interesting and pertinent materials.

Book: Perks of Being a Wallflower by Stephen Chbosky

In Pittsburgh, Pennsylvania, the novel begins in August 1991 with a teenager going by the alias of Charlie, writing to an anonymous “friend” whom he heard someone at school talking about, and decided they sounded like a nice person to write to, on the basis that he or she reportedly did not sleep with someone at a party despite having the opportunity. Charlie states that he does not want the anonymous friend to try to figure out who he is or to find him. Charlie has just begun his freshman year of high school, his brother is at Pennsylvania State University on a football scholarship, and his sister is a senior in high school. We learn that his best—and only—friend, Michael committed suicide prior to the beginning of the book—leaving Charlie to face high school alone. Charlie often refers to his late Aunt Helen and how she was his “favorite person in the whole world” and states frequently that something bad happened to her (we later find out she was molested by a family friend), but he can never talk about her death as it takes him to his “bad place.” Soon Charlie makes the acquaintance of Sam, a beautiful senior on whom Charlie develops a crush almost instantly, and her gay stepbrother Patrick, a charismatic student who is friendly to Charlie. Upon disclosing his feelings and sexual confusion to Patrick and Sam, they are not angry with him, but rather advise him how to handle his feelings privately. Sam and Patrick continue their advisory role while introducing Charlie to many people, music artists, and drugs. Meanwhile his English teacher Bill introduces him to books and encourages him to write essays about them that he will grade despite having no bearing on his English class. At the very beginning of the book, Charlie is referred to as a wallflower for his ability to observe and understand things, but over the course of a year’s worth of letters, Charlie explains the efforts of the people in his life to get him to “participate” or “do things” and the feelings and experiences he has as a result.

RSVP deadline is past