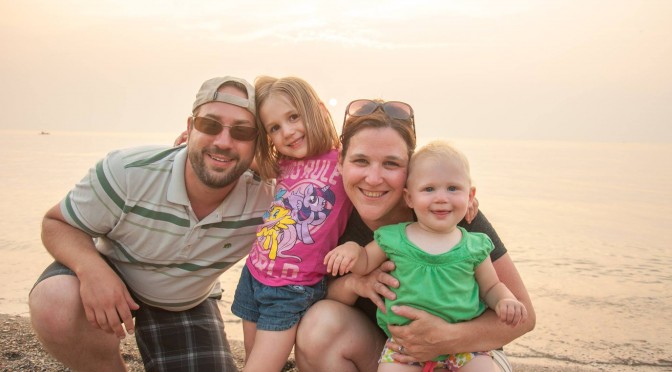 Why did you want to join the USC Newcomers’ Club?
Our family moved here from Squirrel Hill, and all of our friends still lived in the city. Although my husband grew up in Bethel Park, we didn’t know anyone in the area besides his family. Shortly after we moved in, I received an invitation in the mail to come to the Welcome Party. Admittedly, I didn’t think it was for me. I took a picture of the invitation and texted it to my husband along with some characteristically snarky remarks. Much to my surprise, he responded that he thought I should go so that our family could make some friends. I’m so glad he insisted! I’ve met so many fabulous women, my husband likes the other husbands, and my 5-year-old has made some great new friends. I encourage anyone with reservations about this sort of thing to jump right in. The USC Newcomer’s Club is hands-down my favorite thing about life in Upper St. Clair.

Where did you recently move from?
Squirrel Hill. So, not far.

Where did you grow up?
Klein, Texas. I used to have an accent but that’s long gone now. I do still say “y’all” though.

What do you do for your day job?
I write sales proposals for a Cranberry-based healthcare  technology company. I’ve been there for 14 years.

Do you have any kids? If so what are their names and ages?
Daphne is 5 and Penelope is one-and-a-half.

Do you have any pets?
We have a cat named Indi and a guinea pig named Muffin. There is a puppy in our future, though not the immediate future.

What do you like to do for fun?
Jake and I love to snowboard together, but with two small children we don’t get to do this as often as we’d like. Mostly I read (voraciously, ALL THE TIME), play with our kiddos, and watch the endless backlog of assorted TV dramas on my DVR. Yes, several of them are intended for teenage girls. What of it? I’m also a sometimes-runner. In January, I’ll start training for the Pittsburgh Half Marathon.

What books on your shelf are begging to be read?
I’m currently working my way through the most recent book in the Dublin Murder Squad series. When I’m done with that, I’ll be reading our next book club selection, This Is the Story of a Happy Marriage. Confession: I have literally about a thousand books on my bookshelf. I’m a compulsive book-buyer and I never get rid of them, so I always have something I could read. This might be approaching hoarding behavior, but since it is also intellectually enriching, I think it’s okay?

What’s the biggest goal you are working on now?
Huh. I don’t have an answer for this question. Perhaps this indicates that I need to come up with something. I’ll get on that?

What upcoming Newcomers’ event are you looking forward to attending?
Book club, of course, and also the Ladies Night Out Holiday Party that our President, Theresa Komoski, is hosting at her house next month. Oh, and the Favorite Things Brunch. There’s pretty much always something to look forward to.

What other things do you want your fellow newcomers to know about yourself?
I embrace geekiness and encourage others to do so as well. I think there’s nothing wrong with immersing yourself in something you love. To that end, all these years later I’m still completely enamored with Buffy the Vampire Slayer (and all other things Joss Whedon for that matter), and I really don’t mind that my husband’s action figure collection is eating my family room. Love what you love, and surround yourself with it. Oh, and superheros are cool.